Consider two identical ambulatory surgery centers – one located in Texas and one in Michigan. Assuming that all operating characteristics of the two centers are the same – revenue, EBITDA, case mix, physician mix & age, payor mix – do the ASCs have equal or different values? Without understanding the demographic conditions and trends in the local and regional marketplace a valuation analyst would believe the centers have to be of equal value. However, as the valuation analyst delves deeper into the demographic makeup of each location, population trends quickly become a stark point of contrast for these two locales. 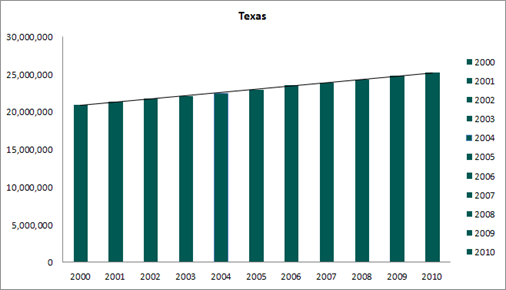 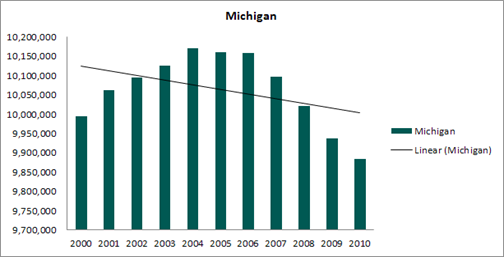 As illustrated in the graphs above, since 2000 Texas has experienced robust population growth (up 20.5% overall, or 1.9% compounded annually) while Michigan has experienced a population decline during that same time period (-1.1% overall, or -0.1% compounded annually). Within each state there are more specific areas that have seen population growth/decline at even larger levels of disparity. Frisco, Texas has grown 247.5% since 2000 while Detroit, Michigan has lost approximately 25.0% of its population. When formulating valuation assumptions for the two ASC’s, shouldn’t these trends be considered? Validating and supporting similar volume assumptions for the centers in question would be extremely difficult given the historical population trends of the local areas. Thus, the values of these ASCs could be drastically different. 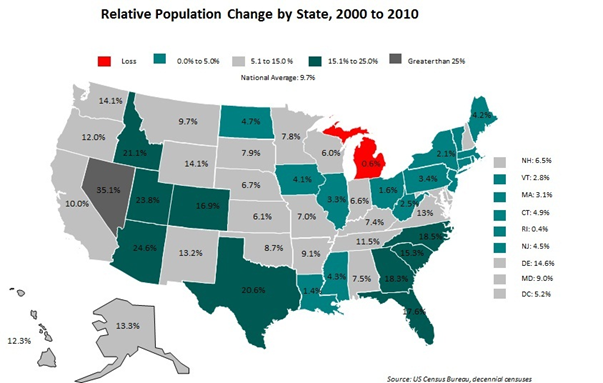