HCA Acquires Mission Health A Look Inside the Valuation 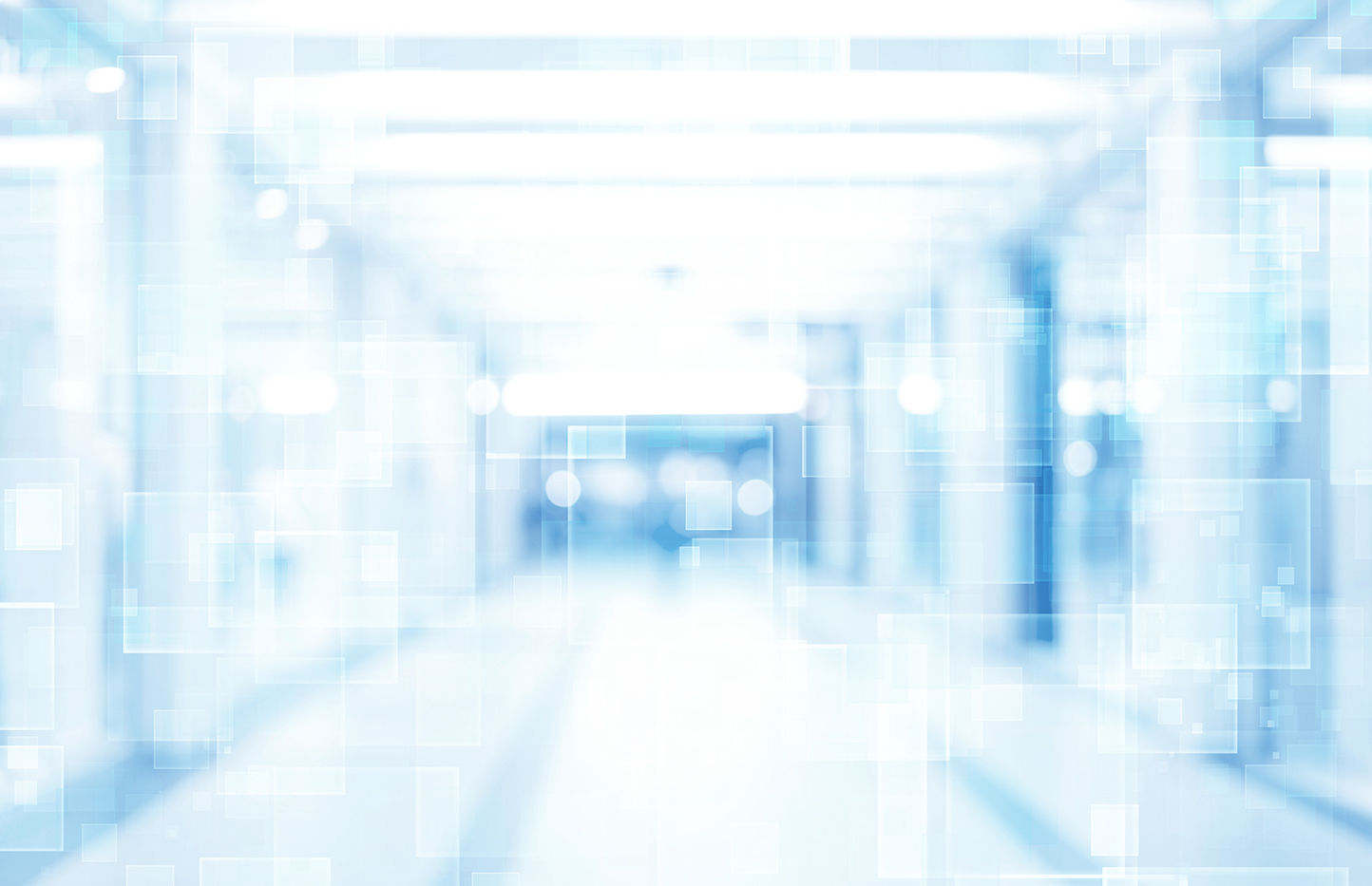 As detailed in the VMG Healthcare M&A Report: 2018 Trends and 2019 Expectations, acute care hospital transaction activity has been robust with numerous deals being closed or announced over the past year. One of the most high-profile, recent transactions was HCA’s acquisition of Mission Health, a non-profit hospital system based in Asheville, North Carolina. Announced on August 31, 2018 and closing on February 1, 2019, the deal represents HCA’s largest acquisition in the last 20 years. What did HCA pay for Mission Health? What was the implied valuation? How does it compare to other market participants and deals in the industry? In this article, VMG has reviewed and analyzed press releases, Mission Health financial statements and other publicly available information to answer these questions.

As the largest system in Western North Carolina and sixth largest in the state, Mission Health is a full-service provider of healthcare services with six hospitals and 1,057 beds. With no prior operation in Asheville or the surrounding area, the acquisition represents HCA’s entry into the greater Asheville market. Structured as an asset purchase, the consideration was approximately $1.5 billion in cash. Furthermore, as part of the transaction, HCA donated $25.0 million to an innovation fund focused on improving healthcare and economic growth in the local market. Essentially all of Mission Health’ clinical assets were purchased but no debt, cash, investments or foundation assets were included as part of the acquisition.

HCA also committed to approximately $430.0 million in capital spending over the next five years. While the outlay is significant and most likely above normal maintenance capital requirements for Mission Health, HCA will earn a return on this investment. As a result, while the investment is an important aspect of the transaction from a community perspective, VMG has not included the capital commitment as part of the total consideration. Finally, HCA committed to maintain key clinical services for at least five years and will keep all Mission Health rehabilitation and acute care hospitals open for at least ten years.

In order to calculate the transaction’s implied valuation, VMG reviewed the historical financial statements for Mission Health, which are summarized below:

With approximately $1.8 billion in total revenue in FYE 2018, Mission Health generated $180.0 million in reported EBITDA on a 10.2% margin. The analysis also illustrates EBITDA on an adjusted basis to remove the revenues and expenses associated with foundation assets and other services that were not included as part of the transaction. Total capex ranged from 7.9% to 11.9% of revenue, which exceeded EBITDA in 2017 and 2018.  However, it should be noted that Mission Health has been in the process of constructing the new Mission Hospital for Advanced Medicine in Asheville.

As previously mentioned, the cash consideration was approximately $1.5 billion, which implies a multiple of 0.83x FYE 2018 revenue and 8.86x adjusted EBITDA. The transaction also indicates that HCA paid 0.93x the book value of the purchased assets and 1.30x the book value of the fixed assets. How does this implied valuation compare to the current value of HCA and other publicly traded operators? What about other recent comparable transactions for acute care hospitals?

VMG has illustrated the valuation multiples on an LTM and projected Year 1 basis for publicly traded hospital companies as of February 1, 2019, the closing date for the Mission Health transaction. Please note, VMG has excluded CYH and QRM from the analysis as both companies are highly leveraged and have experienced recent financial difficulties. In addition, the businesses have recently divested numerous facilities, which can distort the relevant historical statistics.

While the valuation of a business should be based on all the specific facts and circumstances surrounding the organization, a valuation multiple is mainly driven by four factors: growth, risk, margin and capital requirements. However, it should be noted that the valuations of publicly traded companies are not directly comparable to acquisitions of private entities for a variety of reasons such as the relative size of the organizations, geographies and service line offerings/diversification. Furthermore, publicly traded equity prices represent minority, non-controlling interests while acquisitions are made on a controlling basis and may include additional consideration for operational/financial synergies. Finally, publicly traded shares are liquid and can be bought or sold quickly at minimal transaction costs when compared to acquisitions of private entities. 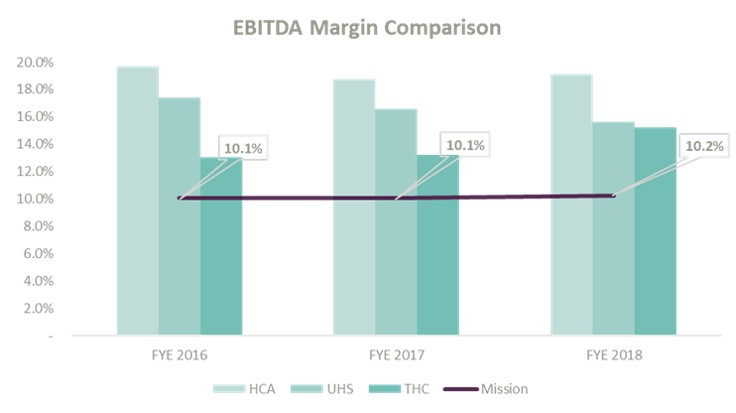 As you can see, Mission Health has significantly lower EBITDA margins as a percentage of revenue than the public companies. Valuation is based on the future economic benefits available to the owners of a business, and lower margins drive less economic benefit for every dollar of revenue generated. All other factors being equal, Mission Health should trade at a lower multiple of revenue based on this dynamic. For example, HCA currently trades at 1.78x revenue, which is approximately double the 0.83x paid in the acquisition of Mission Health. HCA also has an approximately 20.0% EBITDA margin, which is twice the 10.0% margin realized by Mission Health.

What about growth? While valuation is forward looking in nature, past trends can be utilized as a useful guide in developing future expectations. From a historical revenue growth perspective, Mission Health has been in line with HCA and UHS levels and well above Tenet. Please note, Tenet has undergone significant divestitures so the historical growth number could be understated. Assuming past growth rates are consistent with future expectations, the relative revenue multiples should be consistent based solely on this dynamic. 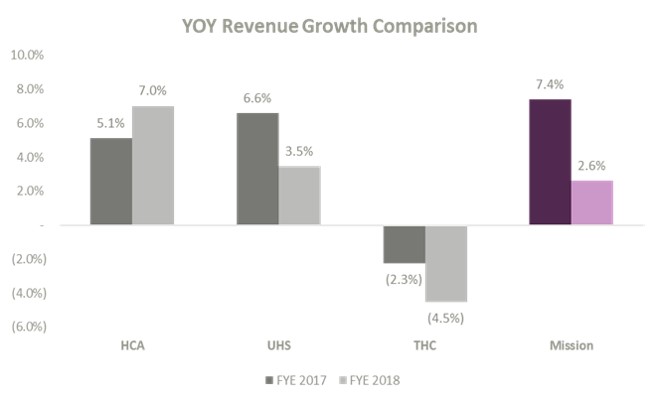 While a revenue multiple can be a useful tool in evaluating acquisitions, especially for unprofitable facilities, most hospital transactions for profitable facilities are priced based on EBITDA in VMG’s experience. The Mission Health EBITDA multiple of 8.86x is consistent with the public companies. Why is the EBITDA multiple so similar? Should it not be significantly lower due to Mission Health’s smaller size, diversification, liquidity and margins? 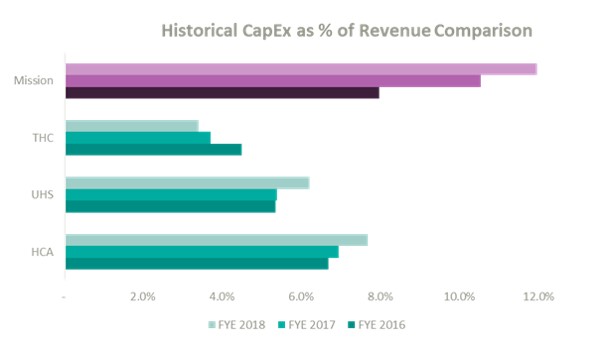 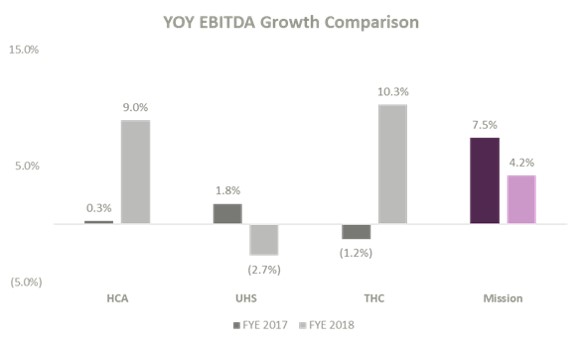 As mentioned previously, capital requirements are a significant factor impacting value. Funds required for future maintenance capex are not available/distributable to shareholders, which reduces valuations. As can be seen in the chart above, Mission Health has historically invested significantly more capital as a percentage of revenue than its public peers. In addition, HCA has committed $430.0 million in additional future capex over the next five years. These dynamics indicate that Mission should trade at a lower multiple than the public operators with all else being equal. However, much of the historical and projected capex is related to the construction of new facilities that are expected to help accelerate future growth. As illustrated above, Mission Health EBITDA has historically grown at a higher rate than the peer group. Assuming this higher growth trend continues in the future with the additional investment, the impact on capital to the valuation multiple may be offsetting.

Another major factor that may have impacted the implied valuation is that HCA may be paying for financial and operational synergies it could achieve post-transaction. With significant size, scale, negotiating leverage and ability to eliminate duplicative expenses, HCA may be able to grow the Mission Health EBITDA substantially post-acquisition. In VMG’s experience, a company will typically acquire a target for an effective multiple at less than its current trading value in order to create shareholder wealth. The effective multiple to HCA could be much lower than the indicated 8.86x historical EBITDA. Therefore, while the implied Mission Health EBITDA multiple may be consistent with the multiple at which HCA currently trades on its face, the acquisition was likely made at a significantly lower effective multiple.

The revenue multiple of 0.83x is consistent with recent M&A activity in the acute care space. However, in order to accurately compare the relative valuations, an analysis should once again consider and compare growth, risk, capital and margin profiles.

HCA’s acquisition of Mission Health was a significant transaction, and at a high level, the valuation appears to be in line with other market participants and comparable transactions. 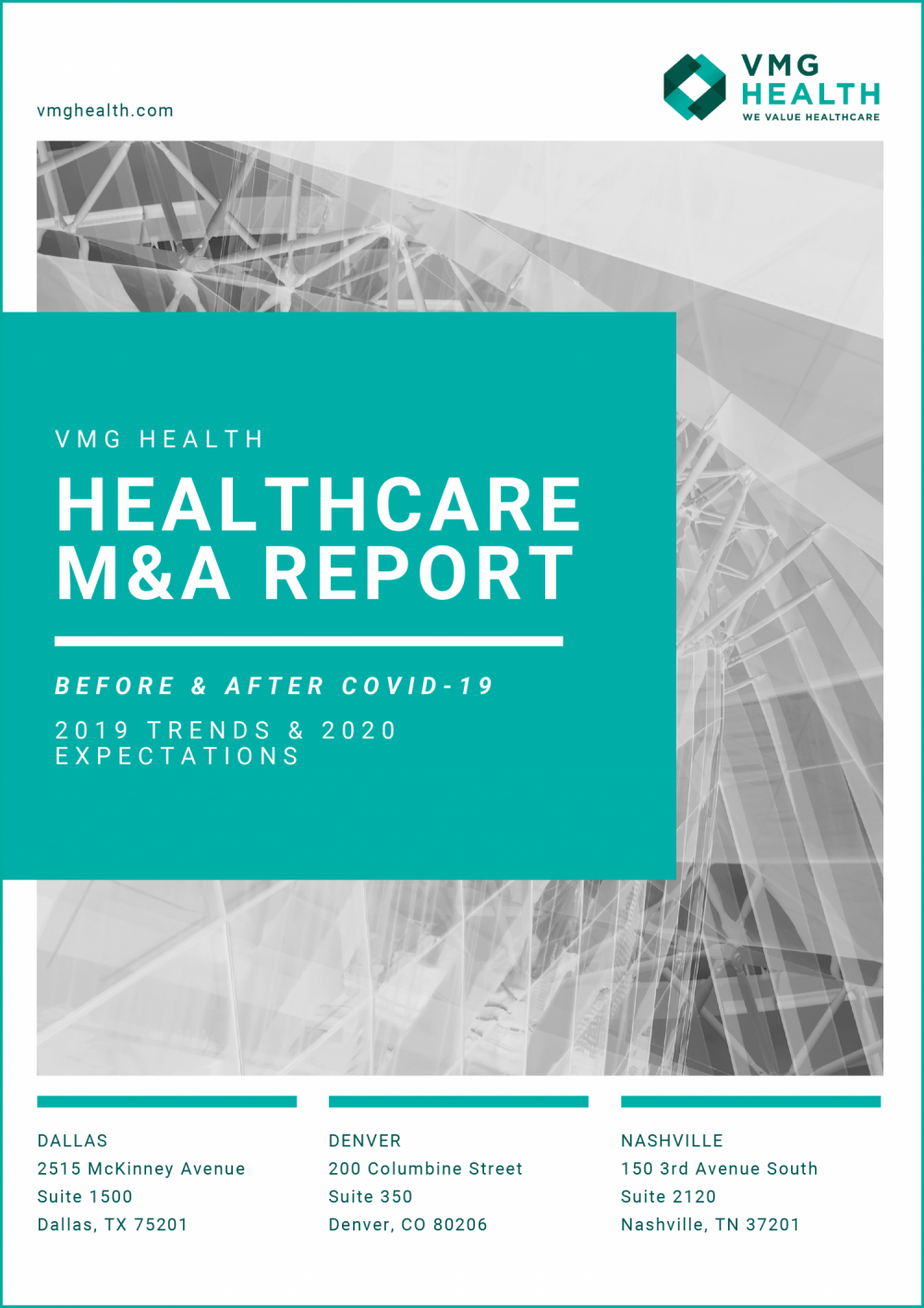 This annual report examines 2019 trends and 2020 expectations in key areas affecting M&A activity before and after COVID-19.