Intuitively, large hospitals are more attractive as acquisition candidates when compared to smaller hospitals due to certain structural advantages. Larger hospitals can take advantage of economies of scale, attract skilled workers, access capital markets and create integrated provider networks. Because of these advantages, one might expect to observe higher transaction multiples for larger hospital valuations. Using VMG Health’s proprietary hospital database, we tested the theory that size and deal multiples are directly correlated.

The sections below display a scatterplot of hospital transaction revenue multiples and a chart showing the size of each hospital in our database based on annual revenue from 2012 to present. Based on an analysis of VMG Health’s hospital transaction database, the median revenue multiple for hospitals with less than $100 million in revenue was approximately 0.62x compared to 0.79x for hospitals with $250-650 million in revenue. While there appears to a relationship between hospital size and the revenue multiple from the medians; the variance and range inside each category around the median is wide. 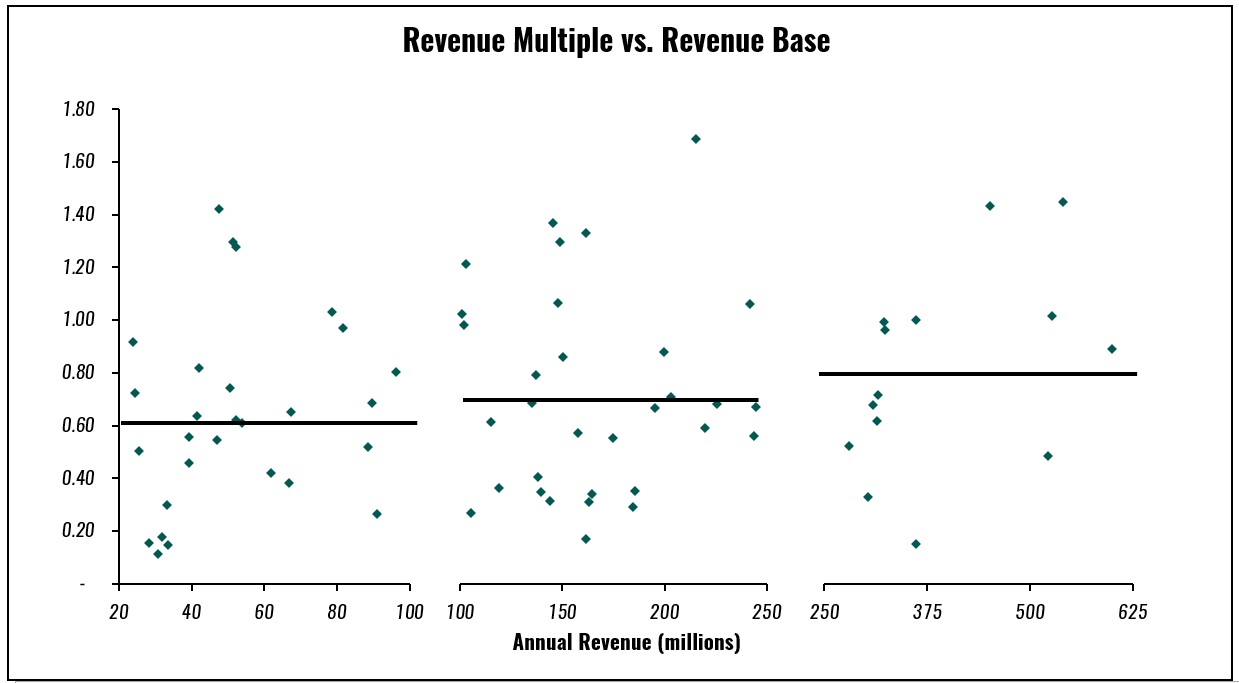 Overall, we observe limited evidence of a correlation between revenue size and revenue multiple. Based on our hospital valuation experience, specific factors tend to drive acute-care hospital transaction multiples more than macro-economic factors. Valuation analysts should recognize that while the data may indicate a slight correlation between revenue size and deal multiple at the medians, the variation and range of the deal multiples are evidence that other hospital target specific-factors should be considered in the valuation analysis.